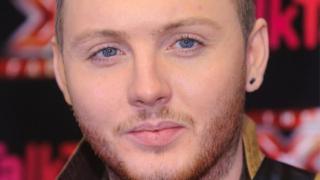 After months of competition, James Arthur has been announced as X Factor winner 2012.

The 24-year-old singer beat Jahmene Douglas in Sunday night's final, after receiving the most public votes.

He wins a recording contract and his first single, a cover of Shontelle's Impossible, will compete for this year's Christmas number one.

James said: "I don't believe it... I've just got to say thank you to the people who voted for me." 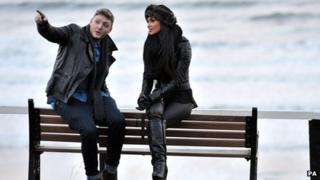 Coming from Saltburn-by-the-Sea on the north east coast of England, James has been gigging in his local area for the last few years.

He writes his own songs, raps and plays guitar and only auditioned for this year's show at the last minute after his friend told him he had nothing to lose.

Judge Nicole Scherzinger, who looked after James and Jahmene on the show, described Arthur as "a fighter".

"He wanted this, he willed this to happen. He deserves this so much."

For the first time in X Factor history, the live finals were staged outside London.

The two final shows - the first of which aired on Saturday night - were held at Manchester Central.

One Direction, Rihanna and Emeli Sande took to the stage too.

WATCH: Hayley catches up with the X Factor judges before the finals.