Bad news for the economy as problems set to last longer 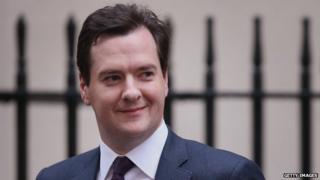 The Chancellor of the Exchequer, George Osbourne - who's in charge of the government's spending - has been making his Autumn Statement, telling the country how he's been getting on.

The country's been borrowing more money than the government thinks we can all afford and they've been trying to get this debt down.

But today, George Osbourne's revealed the job's taking more time than expected and people will have to put up with cuts and tough times for longer.

To try to make things a bit easier, he's scrapped his plan to increase tax on fuel, which might please your parents if they drive you to school.

But his opponents say he's making things worse and should be spending more money to get the economy going again.