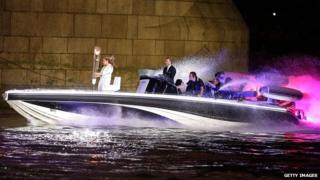 David Beckham's speedboat from the Olympic Games opening ceremony has failed to sell at auction.

The footballer steered the boat down the River Thames in the final leg of the 2012 torch relay.

The boat still has the original torchbearer's seat and pretend rockets that were used to let off smoke.

It's not known whether Becks himself was one of the bidders. 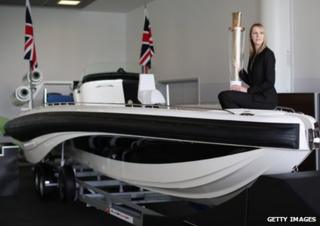 Here is Beckham's boat on display.