Who are this year's X Factor finalists? 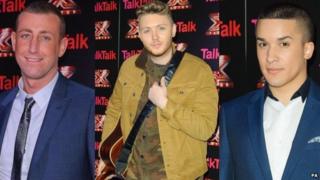 Who are the X Factor finalists and what are their chances of winning? Newsround investigates! Christopher is no stranger to singing. He used to perform on cruise ships and now the Liverpudlian singer lights up the X Factor stage with his cabaret glitz. He's never been in the bottom two.

Christopher suffered terribly with his nerves at his first audition but thankfully his Nan was there to support him. Now the judges praise how much his nerves have improved.

Christopher sang his way into the final with 'You Raise Me Up' by Westlife.

Nicole said: "You have earned your place to be here today" and Louis added "I can see you in the West End - I can see Andrew Lloyd Webber calling you!" 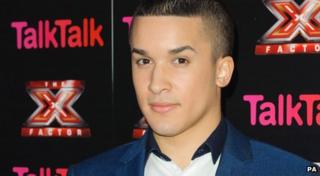 Jahmene has a voice like no other in the competition. He's powerful and soulful, hitting notes that would make Mariah Carey blush.

Last week Jahmene sang 'I Look To You' in memory of his brother who had died.

After the performance, Louis chirped: "You are incredible, Jah-mazing, wonderful - everything!" 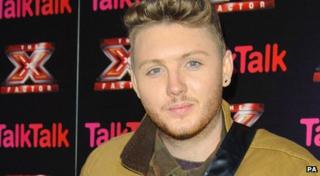 James is this year's "gritty and authentic" act. He raps, he sings, he plays guitar - he's like Ed Sheeran meets Plan B. His performances are often intense and emotional.

James said he'd had a tough life. His parents are divorced and he's said at times he's had to 'sleep rough'

658,000 (more than Jahmene and Christopher added together!)

Louis chimed: "You're what this show is all about - finding someone with real talent!"