William and Catherine expecting a baby 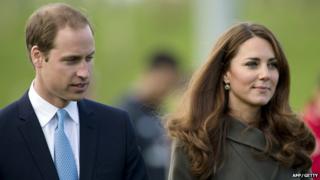 The Duke and Duchess of Cambridge, William and Catherine, have announced that they are expecting a baby.

Members of the Royal family and the duchess's family, the Middletons, are said to be delighted at the news.

Since they were married in 2011, lots of people have been wondering when the Royal couple would start a family.

It's been confirmed that whether it's a boy or a girl, the Royal baby will be third in line to the throne.

The duchess is currently in hospital in London with severe sickness, which some women get when they are pregnant.

She is expected to stay in hospital for several days so doctors can make sure all is well.