Scientists in Bristol have been showing off a new robot that uses an unusual source of power - human poo!

The EcoBotIII feeds off sewage, turning energy from the nutrient rich waste into electricity.

It's hoped the robot could help improve the way our waste is treated in sewage plants - bringing down energy costs.

It's made up of batteries that produce electricity, trays to hold the waste and even a fly trapping hat! 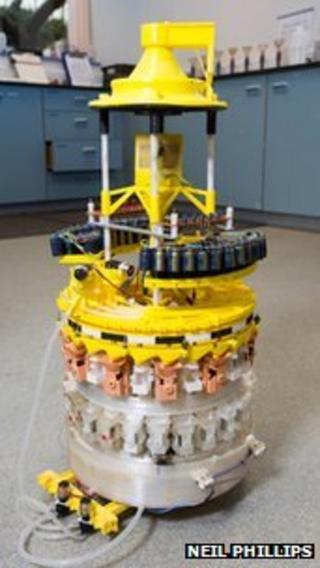 The EcoBotIII took around three years to build

The Bristol Robotics Laboratory, who worked on the project, said it was the first time scientists had developed this type of robot.

They worked with Wessex Water, a water and sewerage company, that could provide the poo.

Dr Julian Dennis, who came up with the idea, said that treating waste uses loads of energy at the moment, which can be expensive.

But if there's a way of making EcoBotIII work on a bigger scale then sewage plants could just run on electricity they make from the waste they're already treating.

This could potentially save them a lot of money.