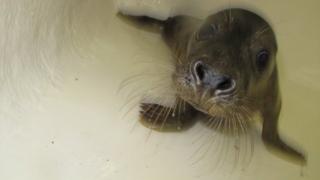 Four seal pups are being nursed back to health after they were stranded off the Isle of Man in stormy weather.

As well as the cute factor, these six-week-old grey seal pups now have the X Factor too!

They've been named after some of the talent show's judges.

Simon, Nicole, Gary and Tulisa are getting their strength back on a diet of fish soup, vitamins and herring.

The pups are the latest to be nursed by the Manx Society for the Prevention of Cruelty to Animals.

The MSPCA has rescued and returned more than 100 seals to the sea since 2001.

Jenny Corran from MSPCA said: "All four were well underweight when brought to the sanctuary but they are quickly gaining weight on their new diet."

Once the pups reach full strength they will be released back into the wild.

Although grey seals are a familiar sight around the Isle of Man, they are one of the rarest seals in the world.

According to the Manx Wildlife Trust around 40 pups are born on the island each year. 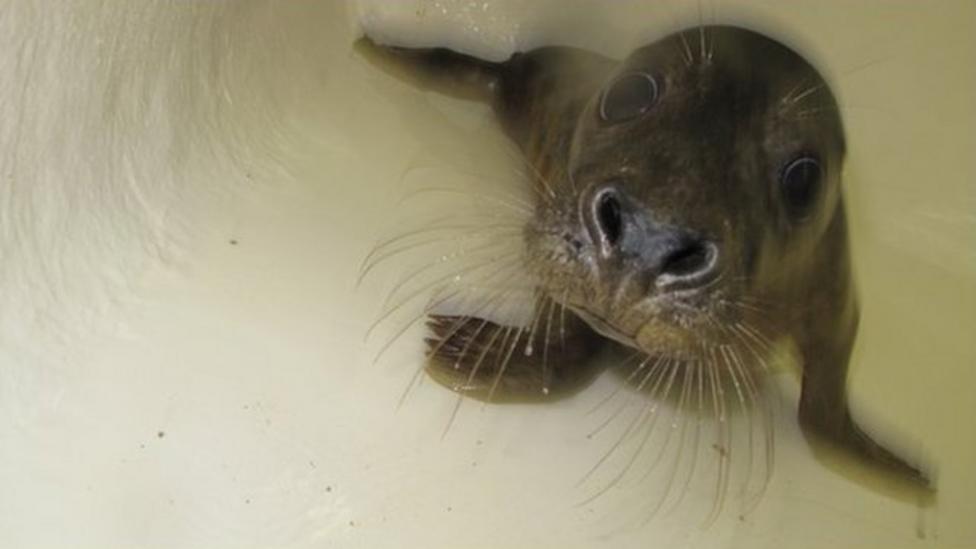