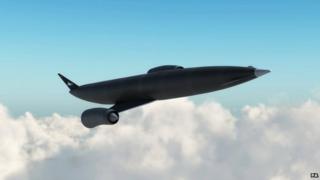 Scientists say they've had a breakthrough in plans to build a space plane that could send astronauts into orbit.

British engineers have been working on a rocket engine to go at up to five times the speed of sound.

They say they've just overcome a big obstacle to hitting those high speeds.

They've designed technology that can quickly cool air going into the engine, from a seriously hot 1,000C to a super-chilly -150C.

The powerful rocket engine could also be used in passenger planes - in theory it could fly people from the UK to Australia in just four hours!

The European Space Agency have checked the technology and confirmed the problem has been solved.

The British company behind it, Reaction Engines, called it "The biggest breakthrough... since the invention of the jet engine".