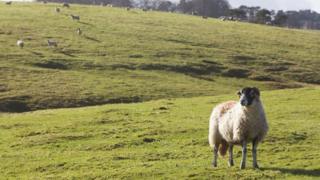 A small earthquake has hit Cumbria, scientists have confirmed.

The British Geological Survey (BGS), who keep an eye on UK land movements, said the quake struck the village of Patterdale at 9:37pm on Wednesday.

It measured 2.1 on the scale of magnitude, making it a small quake.

The earthquake that rocked Sumatra in 2004 and triggered the Boxing Day tsunami measured over 9, and the quake that struck Chile in February 2010 measured 8.8.

Beck Carter, a parish clerk in Rosthwaite in Cumbria, was at a council meeting at the time.

She said: "There was a sound that I couldn't describe... then we all felt it, there was a sort of interesting vibration through your feet."

"It sounded like a freight train approaching if you were standing on a station... we all sort of sat there looking at each other going: 'What was that?'."

According to the BGS, the UK experiences about 20 earthquakes a year of a similar strength, most of which occur along the west coast.

In December 2010, a 3.6-magnitude earthquake was felt across Cumbria and Lancashire, south-west Scotland, parts of Yorkshire, Northumberland and the Isle of Man.