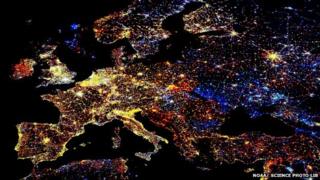 The research was carried out in the salt marshes and mud flats of the Forth Estuary in eastern Scotland.

By attaching transmitters to 20 birds, a team from Exeter University monitored how artificial light affected the feeding habits of the common redshank.

The study found that at night, birds in areas that were lit up in the dark were able to locate more food, more quickly. 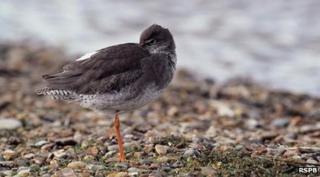 The common redshank was studied in Scotland

The estuary is home to thousands of birds that migrate from the Arctic each winter to escape the cold.

Redshank like to feed on a molluscs, worms and crustaceans and will only usually feed during the day.

Feeding at night enables them to stock up on more food to fuel their spring migration.

Until now scientists have not known how these birds respond to the bright lights of cities and industry.

Light pollution has in the past been thought to have negative effects on wildlife, particularly animals that move between the land and sea, like turtle hatchlings and seabirds.