Flood risk in England and Wales goes on, but rain eases

The risk of flooding across England and Wales continues on Wednesday, although the heavy rain is beginning to dry up. 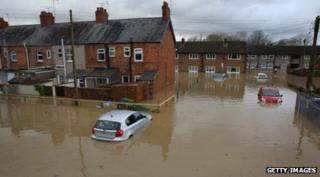 It burst its banks on Tuesday, forcing hundreds of people in the city of St Asaph to leave their homes and spend the night in emergency shelters.

The body of an elderly woman was found by rescuers searching flooded homes.

Guide: Why is the UK flooding so bad?

A flood warning means that flooding is expected and immediate action is needed. A severe flood warning is the most serious and means there is danger to life. 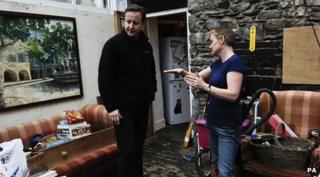 On Tuesday Prime Minister David Cameron visited Buckfastleigh in Devon, which was hit by floods on the weekend.

What you should do when it floods