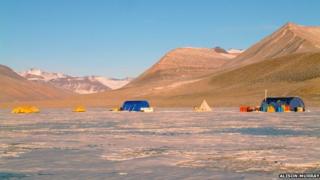 Tiny microbes have been discovered living in sub-zero temperatures in a salty Antarctic lake, which may give clues to how life could exist in other parts of space.

Scientists found a wide range of bugs living at temperatures of -13C, in a slushy liquid six times saltier than seawater. They think it's been cut off from the outside world for 2,800 years.

Studying how they survive could give clues as to how life could be found elsewhere in space, such as on Jupiter's icy moon, Europa. 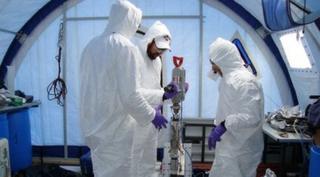 Getting to the centre of the frozen lake has taken years. The scientists had to use massive drills to cut through the ice.

Then they studied the mush they found for signs of life.

Researchers think that the liquid could be reacting with the underlying rocks to make chemicals that the microbes can use for energy.

If that is true then similar processes could happen on other planets or moons like Europa, which have this type of ice layer.