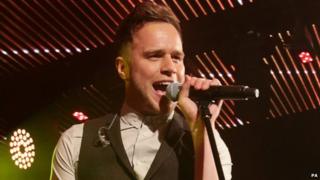 Olly Murs has been causing trouble for Girls Aloud - he's beaten them to number one in the UK single chart!

Girls Aloud's "Something New" had to settle for second place, behind Olly's "Troublemaker" track with Flo Rida. 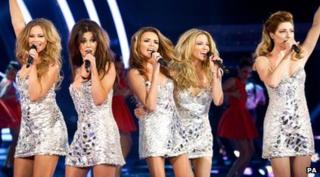 "WOOP WOOP!!" Olly wrote online about his fourth chart-topping hit. "Thanks for everyone who downloaded and tweeted about it!!"

Something New is Girls Aloud's first single in three years and the official Children in Need song.

Over in the album charts, Rihanna entered at number one with Unapologetic - her third chart-topping album in a row.

One Direction's Take Me Home fell to two, while Little Mix's DNA made a new entry at three.