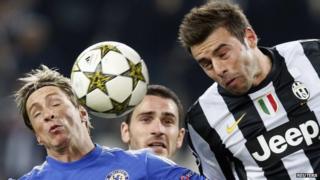 Chelsea are on the verge of crashing out of the Champions League, after losing 3-0 to Juventus in Italy.

Fabio Quagliarella scored before half-time and Arturo Vidal struck on the hour. Then Sebastian Giovinco snuck one in just before the final whistle.

The result leaves the Blues third in their group with seven points, two behind Juventus.

If not, they'll become the first Champions League title holders to be eliminated at the group stage. 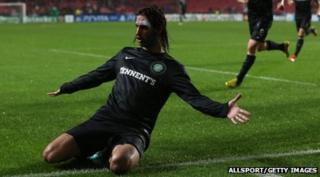 Elsewhere, Celtic lost an opportunity to snatch qualification after a 2-1 defeat to Benfica in Lisbon.

But they can still make it through if they get more points than the Portuguese side in the final round of matches.

But United have already done enough to reach the knockout stages and rested many of their star players.