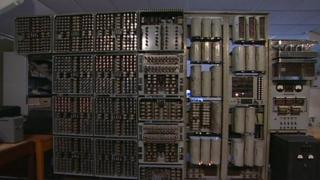 The world's oldest original working digital computer is going on display at The National Museum of Computing in Buckinghamshire.

It took three years to clean and reboot 'The Witch', as the machine's known.

In its heyday in the 1950s, the computer was used for major scientific experiments and powered the UK's research programme into atomic energy.

After being left unused for 15 years, it was finally rediscovered in an old museum storeroom.

The cleaned machine will be shown to the public for the first time this week.

Some of the people who built it as well as the staff and students who originally used it will be at the unveiling ceremony at the museum.