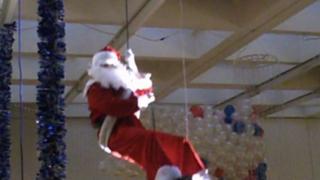 Father Christmas was left dangling from the ceiling during a Christmas lights switch-on show, after his beard became caught in the rope.

He was stuck for around 30 minutes, 15ft off the ground, in the Broad Street Mall shopping centre in Reading on Saturday afternoon.

The event's presenters carried on with the show as Santa dangled above. 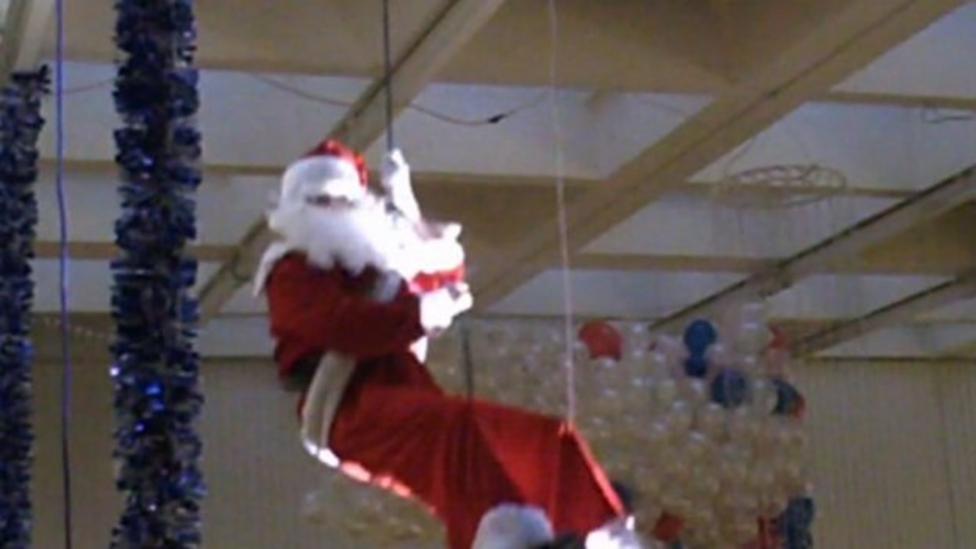