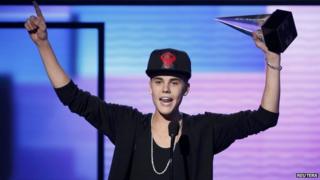 Justin Bieber has taken home all three prizes he was up for at the American Music Awards on Sunday night. 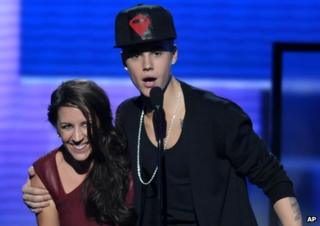 He dragged his mum on stage in Los Angeles to collect the biggest award of the night, artist of the year.

Bieber said to his mother: "I want to thank you for just always believing in me." Awww, so cute!

One Direction were nominated for three awards but came away empty-handed.