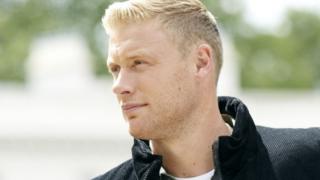 Former England cricket captain Andrew Flintoff has revealed how he struggled with an eating disorder during his professional career.

The all-rounder - more commonly known as Freddie - says taunts about his weight led him to suffer from bulimia.

He would make himself sick after he had eaten.

But Freddie says that he's realised that talking about his problems can be really helpful and hopes it will also raise awareness about bulimia.

Since leaving professional cricket Freddie has become a boxer, and will make professional boxing debut over four rounds later this month.