Great Whites 'not evolved from megashark' 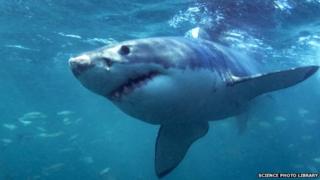 A new fossil has been found that shows great white sharks did not evolve from much bigger megatooth sharks, scientists say.

Megatooth sharks lived up to 28 million years ago and could grow to a massive 20m (65 ft) long!

Experts have disagreed for 150 years, but it's now thought great whites came from much smaller animals, called mako sharks.

It's to do with a 6.5 million year old fossil which they say links the two.

The US scientists analysed the teeth of the fossilised shark and found they were a similar shape to both pre-historic mako sharks and modern-day great whites.

They claim the find supports the theory that the sharks did not evolve from giant megatooth sharks, as other experts believed.

Why has Indonesia changed its capital city?