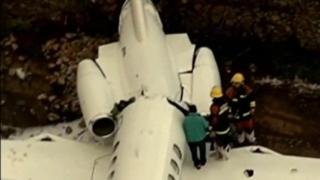 Amazing footage of a plane crash landing at Sao Paulo's Congonhas airport in Brazil was caught on CCTV.

Luckily no one was killed in the crash though three people were slightly injured.

The aircraft was coming into land but skidded off the runway and crashed into a fence.

It stopped a few feet away from a big road, narrowly missing motorists.

The plane was full of fuel but did not catch fire. 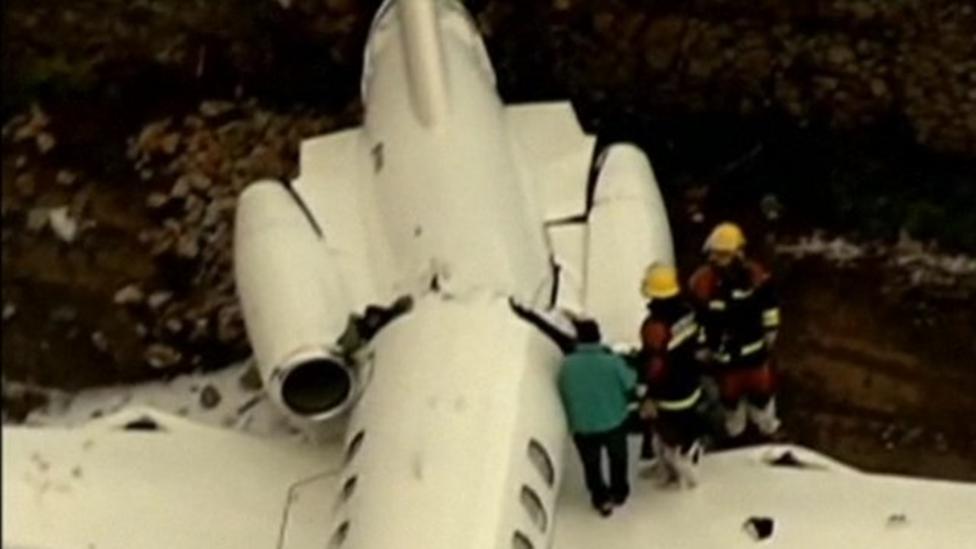