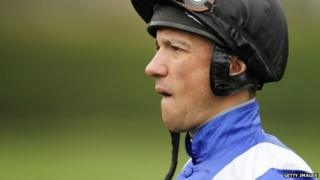 The jockey's lawyer, Christopher Stewart-Moore confirmed that an inquiry will be held next week by the medical committee of France Galop.

If Dettori is found to have broken any rules he can expect an automatic suspension.

France Galop have not commented as they don't usually talk before hearings.

BBC Radio 5 live racing correspondent Cornelius Lysaght said: "Whatever the outcome, Dettori is such a huge name there'll be much interest in this hearing next week."