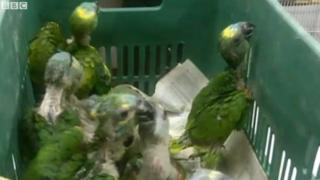 Poaching, which means taking animals from the wild without permission, is a big problem in the country.

The parrot chicks in this video were stolen from their nests.

Had they not been found by police they could have ended up in cages to be sold on as pets.

The period from September to December is the busiest time for officers, as it is breeding season for macaws and parrots who leave their eggs and young offspring vulnerable to poachers.

The parrot chicks are now being fed and cared for at a wildlife centre in Sao Paulo, before hopefully being returned to the wild. 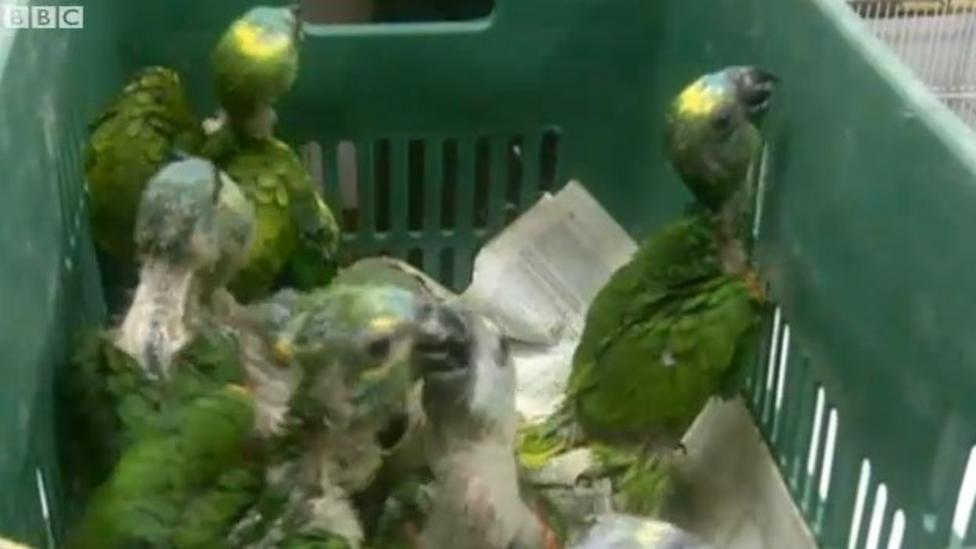