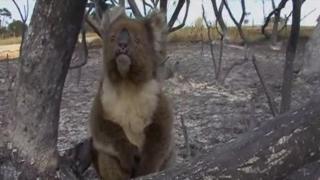 Koala had lucky escape from fire

It was a lucky escape for a koala who survived a bush fire in Australia with only minor injuries.

The poor animal had burnt paws and had frazzled fur when it was found.

After being given a drink of water it was taken to a wildlife centre for treatment.

The wildfires in Australia have caused widespread damaged to scrub land and destroyed seven homes but no humans have been hurt. 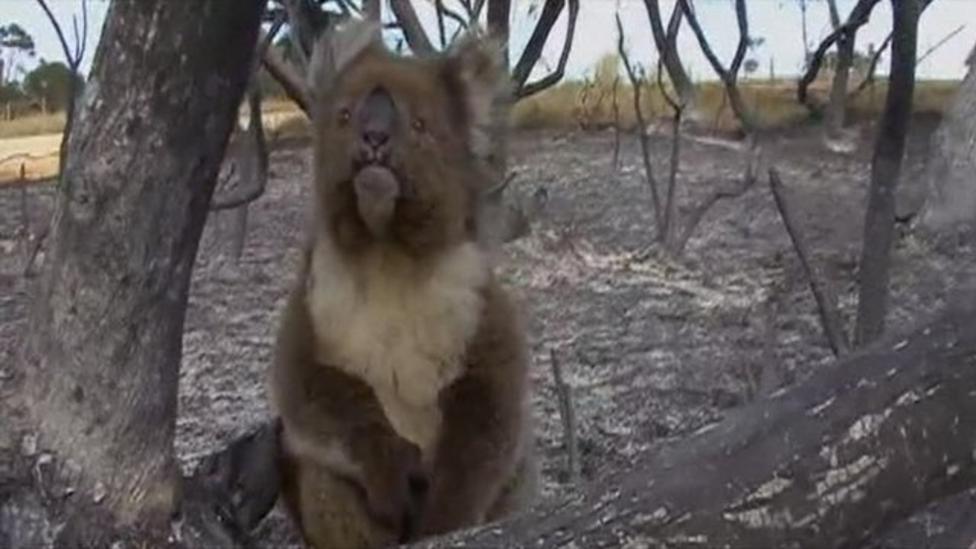 Koala had lucky escape from fire