Facebook has no plans to allow under 13s to join 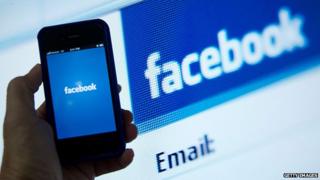 Facebook has told Newsround it has no plans to lower the age limit for the site.

At the moment you have to be 13 to have a Facebook profile.

If the company finds out someone is underage, their account can be deleted.

But the company says that's not going to happen any time soon.

The company says they encourage parents to teach their children how to use the internet safely but the site is aimed at teenagers and adults, not younger children.