Starlings have a whale of a time in sky over Scotland 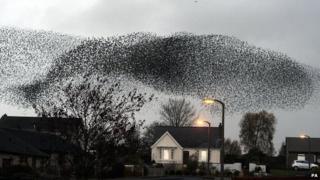 PA
A flock like this is known as a murmuration

A flock of starlings was snapped at the moment they formed the shape of a whale in the sky over Gretna in Scotland.

The birds fly in massive groups like this when they migrate in the autumn.

This spectacular aerial display is known as a murmuration.

Thousands of birds come together and fly in formation as the sun goes down.

Experts think they do this to stop being eaten by predators.

The largest number seen was six million in one flock at a nature reserve in Somerset.

November and December is the best time to see the birds behaving like this.

Last year thousands of starlings were caught on camera performing this amazing display.

Around 100,000 starlings were seen flying over Llanelli Nature Reserve in Wales preparing for the winter.

As the flock swooped and swirled it reminded us of a shoal of fish swimming in the water.

As well as the whale there were loads of different shapes formed as the birds flew over the houses in Scotland.

Check these out and see what you think they look like. 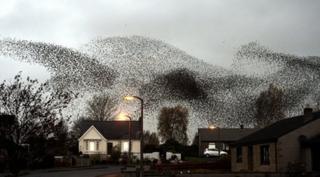 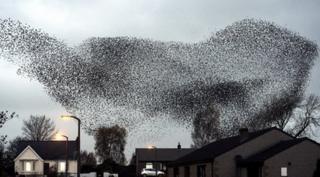 PA
Can you see a bird in this? 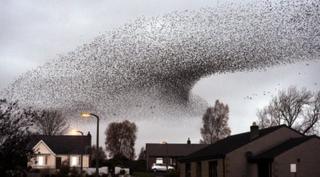 PA
Looks like a storms coming, we think this one could be a tornado. 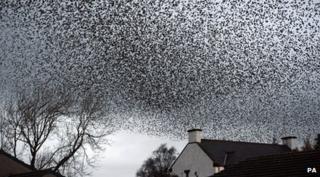 PA
This one looks like a big dark cloud hanging over the house.