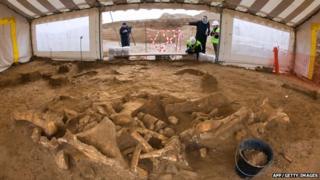 The skeleton of a woolly mammoth has been unearthed - not in remote Siberia, but near the capital of France, Paris!

It was discovered accidentally by a team digging at an ancient Roman site in the Changis-sur-Marne area. 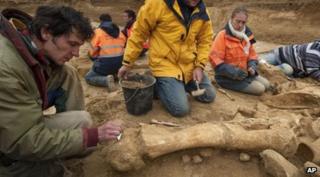 AP
The team has nicknamed the mammoth Helmut

It's thought the almost complete set of bones belonged to a creature that roamed Earth between 200,000 and 50,000 years ago.

Archaeologists are trying to work out how the mammoth died.

It's believed to be only the third woolly mammoth to be found in France over the past 150 years. 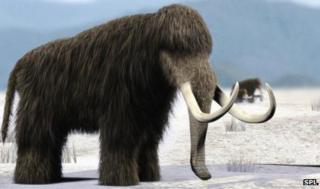 Mammoths are members of the elephant family. The Ice Age animals died out around 10,000 years ago, but it's not clear why.