Step aside, boys - there's a new girl in town!

It started as a game to play with her big brother. No one knew Sam Gordon would become one of the fastest kids in Salt Lake City, USA.

The sensation nicknamed 'Sweet-Feet' stunned the bigger, stronger boys by scoring 25 touchdowns in her first season in 'tackle football'

Her dad and coach say Sam will definitely come back for more next year.

And with 25 touchdowns, who can blame them! 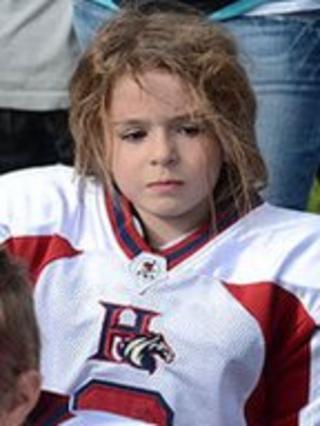 "I started her out in soccer when she was 4 years old", her dad explained.

"She could really handle a lot of the physical play. There were some games where she'd fall down and just keep going.'"

The coaches in the local American football league were really interested in her ability, so they put her in to drills where she out-ran boys 2 years older.

And she loves to tackle too. "Some kids, right before they contact, they stop', Sam told her dad. 'I don't, I just hit 'em".