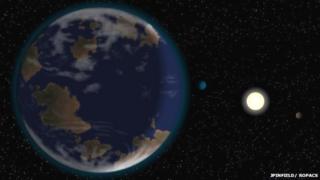 Astronomers have spotted another Earth-like planet 42 light years away

A star known as HD 4037 was known to support three planets but researchers have spotted three more - among them a 'Super-Earth'.

The new discovery is believed to be seven times the size of our planet and is far enough away from its own Sun for liquid water to exist.

Scientists say it's only a matter of time before we find another rocky planet that's just like ours.

Many more observations will be needed to confirm if this one has anything else in common with our planet. 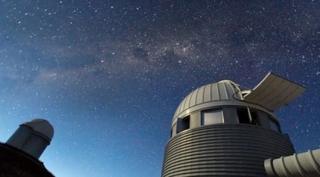 The discovery was made at the European Southern Observatory, which is based in Chile, South America.

The new planet joins a long list of more than 800 others that have been discovered.

The team say the next step is to use space-based telescopes to take a closer look.