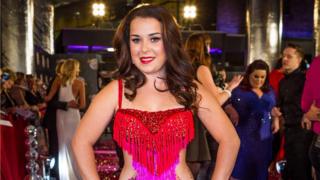 Lisa Riley and Michael Vaughan have also confirmed they'll be back on the dancefloor for the live shows.

Rumba-ing Riley says she's having "an absolute ball on the show and the chance to carry on dancing is too good to miss".

All three contestants are still battling it out to gain the glitterball.

The tour will be hosted by Kate Thornton and will visit cities across the UK: Birmingham, Newcastle, Glasgow, Liverpool, Manchester, Nottingham, Sheffield and London.

More than 1.5m tickets have been sold for the tour over the past five years.

What is World Oceans Day?

Minecraft: The Wild Update is here!