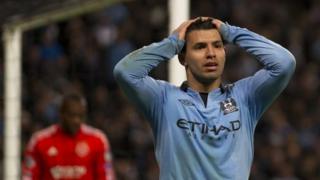 Manchester City are on the brink of Champions League elimination - after they only managed a 2-all draw against Ajax.

Siem de Jong scored twice in 17 minutes to take Ajax ahead at the Etihad Stadium.

City's Yaya Toure pulled one back before half time, before Sergio Aguero equalised after the break.

City boss Roberto Mancini blamed the result on poor refereeing - they had a goal disallowed and were denied a penalty in injury time. 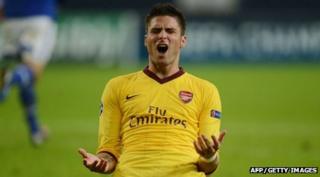 It was also a frustrating night for Arsenal, who threw away a 2-nil lead against Schalke to end up drawing 2-all.

Theo Walcott and Olivier Giroud both put one in the net during the first half.

Klaas-Jan Huntelaar scored for Schalke just before the break and then Jefferson Farfan made things equal in the second half.

It leaves Arsenal second in their group with seven points and two games left to play.