'New rules needed' to protect bats and birds from turbines 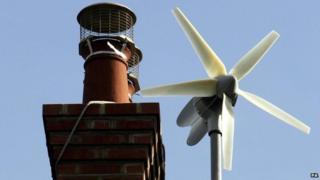 There should be new national rules on installing domestic wind turbines to protect bats and birds, say scientists.

More and more people are putting up mini-turbines on their homes.

But Stirling University researchers found not all councils consider their effect on wildlife, when allowing them.

Dr Kirsty Park said: "The potential wildlife impacts of small wind turbines are ranked of lower importance by many planning officials than visual or noise concerns."

She added: "There has been little study of their possible impact on wildlife, which could include collisions of birds and bats."