One Direction get puppy love for magazine cover shoot 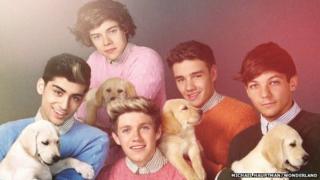 Michael Hauptman/Wonderland
The One Direction boys could be kept Pup All Night with this lot!

It's a close call, but who do you think is cuter - boy band One Direction or this bunch of adorable labrador pups?

Well, now you can have both.

The 1D boys have been getting cosy with trainee guide dogs for the cover of Wonderland magazine, in one of the cutest photo shoots ever.

The puppies were brought in by Guide Dogs, a charity that breeds and trains puppies to become guide dogs for blind and partially sighted people.

In an interview for the magazine, the band were asked what they think about their global success. 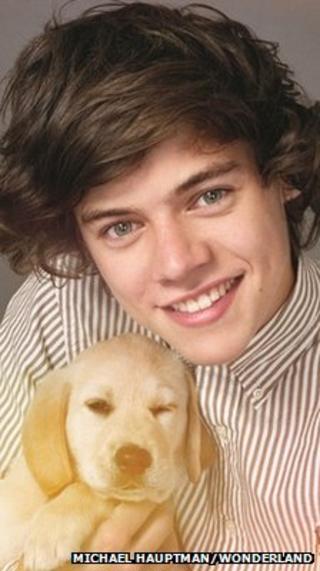 "The main thing is that we've just kind of been ourselves," says Liam Payne, "that's what people like."

His bandmate Louis Tomlinson agreed: "With previous boy bands, I think they felt they had to meet a stereotype."