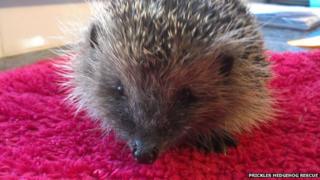 Rescuers spent more than three hours freeing a baby hedgehog that got trapped in an empty crisp packet.

It's thought the animal was attracted to the warmth and smell inside the packet and that's why it crawled inside. 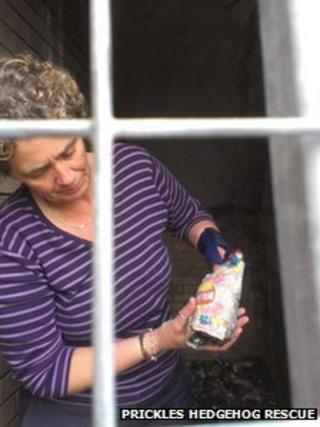 But the packet was behind some railings which meant it took rescuers hours to get close enough to it to release the animal.

The hedgehog was discovered in Somerset, in the south of England, and is now recovering at a local rescue centre.

As he's so small he'll stay there for the winter before being released back into the wild.