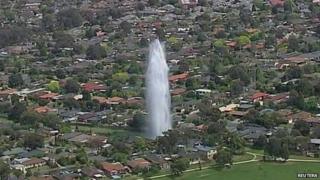 A burst pipe created a giant fountain which sprayed water 80 metres into the air in Melbourne, Australia.

It took the water company an hour to stop the flow but the water had already caused quite a lot of damage.

See the amazing pictures of the fountain of water rising above the city. 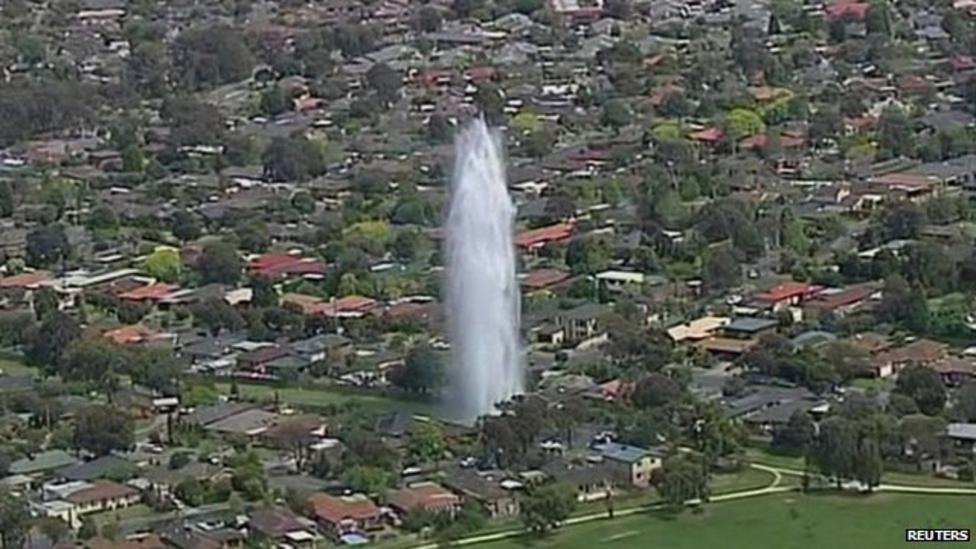