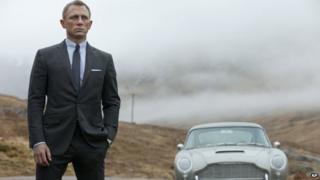 Skyfall has smashed the box office records for any of the Bond films.

It took £20.1m following its release on Friday making it the biggest UK opening of 2012 so far.

It is the third biggest UK opening of all time behind Harry Potter and the Deathly Hallows part 2 and Toy Story 3.

James Bond is the longest-running film franchise in history.

"We are absolutely overwhelmed with the reaction to Skyfall this weekend. It is particularly thrilling as the UK is home to James Bond and it being the 50th anniversary year."