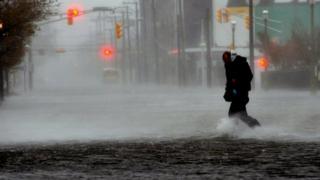 13 people have been killed and at least five million have been left without electricity.

One million people have been ordered to evacuate their homes.

A New York power station exploded after water flooded into the generators.

"Lower Manhattan is being covered by seawater. I am not exaggerating.

Seawater is rushing into the Battery Tunnel."

In other parts of the US the storm has brought heavy snow and severe flooding. 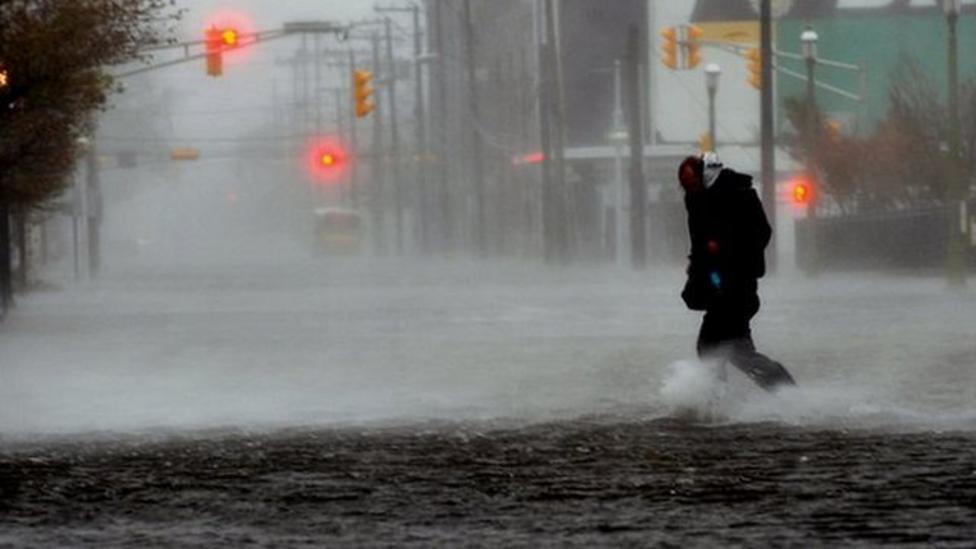