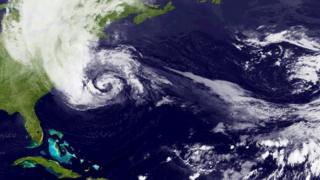 It has caused devastation across the Caribbean and along America's east cost. But a variety of other weather factors have turned Hurricane Sandy into a super-storm, or as some experts are calling it a "Franken-storm." Here's Newsround's guide to what that means.

What makes Sandy a super-storm?

A hurricane is a very big storm. It can be up to 600 miles (966 km) wide with strong winds spiralling inward and upward.

Each hurricane usually lasts for more than a week, moving 10-20 miles per hour over the open ocean. 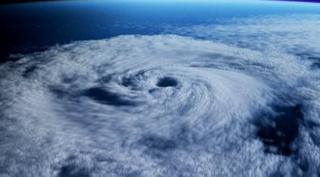 How do hurricanes get their names?