Scientist says dinosaurs had feathers but not to fly 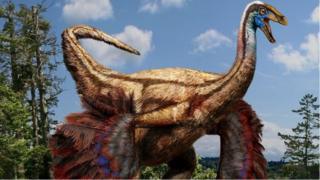 Researchers have found the first feathered dinosaurs in North America but say feather were used to attract mates not to fly.

Both the young and adult specimens had evidence of downy feathers, but only an adult had wing-like structures.

That suggests that wings may have evolved not for flight, but instead to attract other dinosaurs to mate with.

The Ornithomimids - from the Latin for "bird mimics" - looked a bit like modern-day ostriches.

They had a toothless beak, large eyes and long legs, but they also had a long, thick tail.

Scientists say they can tell the dinosaurs had feathers from markings on their bones and marks in the fossils around them where the feathers used to be. 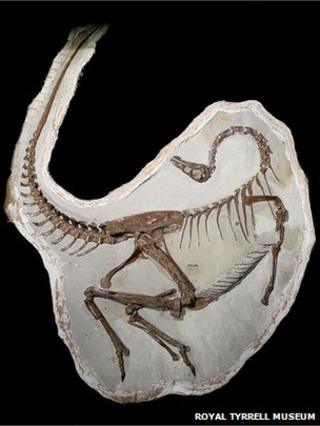