Afghanistan may never be a stable country say MPs 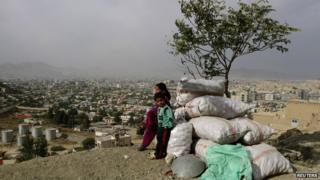 A new report by a group of senior politicians has warned that Afghanistan may never be a stable country.

The group found that big changes have been made to the lives of Afghans but say it's unlikely that the country will be able to turn around by the end of 2014, when British troops leave.

The politicians say that Britain should focus on smaller goals which would make life better for everyone.

They say they should be concentrating on improving roads and health care, rather than trying to completely change the way the country is run.

One of the biggest changes in the country has been made to the lives of girls.

Girls had little freedom under the Taliban, who used to run Afghanistan.

Despite all of the aid the UK has given to the country, Afghanistan is still one of the world's poorest with around 9 million Afghans still living in poverty.