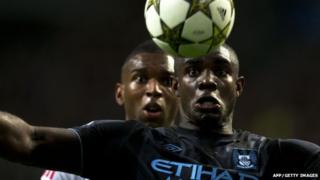 Man City and Arsenal both suffered defeats in the Champions League on Wednesday night.

Siem de Jong equalised for Ajax just before half-time, while Niklas Moisander and Christian Eriksen scored after the break.

City boss Roberto Mancini has admitted it'll now take a "miracle" for them to reach the knockout stages.

They're bottom of Group D with just a point from three games, with three more games to play. 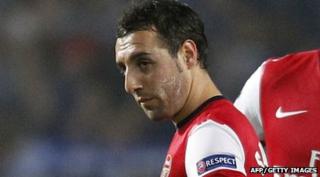 Arsenal's unbeaten record in this year's tournament was smashed thanks to Schalke 04.

The Gunners were defeated 2-0 at home by the German side.

Klaas Jan-Huntelaar and Ibrahim Afellay both scored to take Schalke 04 top of their Group B with seven points.

Arsenal are in second place with six points.