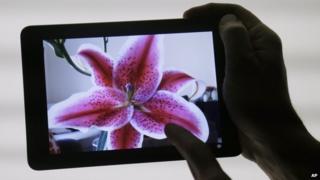 As Apple unveil the iPad Mini, we take a look at some of the main rival smaller tablet devices... 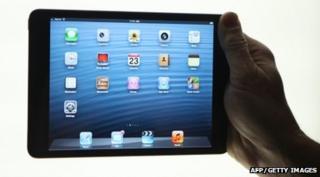 The iPad Mini is a smaller version of Apple's hugely successful iPad device. It has a 7.9 inch screen, compared to the iPad's 9.7 inches.

Expert opinion T3 says: "We'd go as far as saying it's our favourite iPad yet. The smaller size, thinner shape and lighter weight makes for a much better mobile experience. The main sticking point, however, is price." 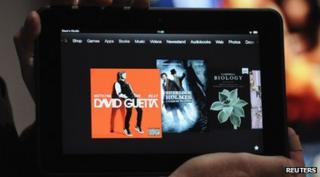 It's an upgrade on the Kindle Fire and is designed to work effortlessly with Amazon's massive collection of music, books and videos.

A larger model, with an 8.9 inch screen, has also been announced.

Expert opinion TechRadar says: "It offers a simple and uncomplicated experience through and through, and is built to support the digital media it aims to sell you, with an excellent screen." 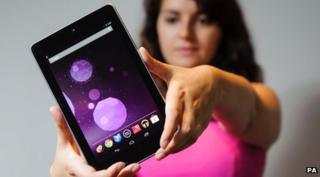 Like the Amazon Kindle Fire HD, the Google Nexus 7 also has a 7 inch screen and costs £159.

It's designed to work seamlessly with all the Google products, such as Google Play, Chrome, Gmail and YouTube.

Nexus runs on the latest version of Android, Jelly Bean.

Expert opinion The Verge writes: "It's a well-designed, powerful, and useful product, with lots of bells and whistles that makes it feel like a device that should be more expensive than it is." 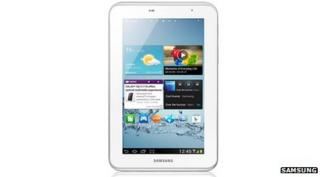 It has a 3 megapixel rear camera and a front camera for video calls.

Expert opinion The Inquirer says: "For £200 the Samsung Galaxy Tab 2 7.0 is a decent tablet. It boasts a sturdy, visually pleasing design and decent battery life. The big problem, however, is that the Galaxy Tab 2 7.0 isn't as good as Google's Nexus."