Apple launches its widely-anticipated smaller tablet, the iPad Mini, at an event in California.

The iPad Mini will compete directly with cheaper similar-sized tablets recently launched by Google, Amazon, Samsung and others. 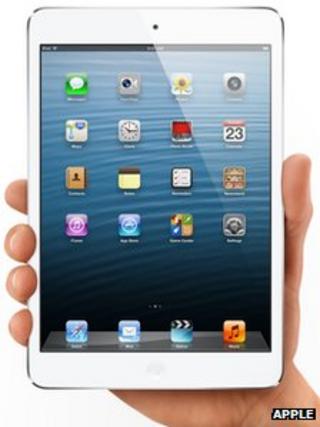 The company's founder Steve Jobs had said that a 7in tablet would be too small but after other companies brought out smaller tablets bosses at Apple have changed their minds.

The iPad Mini will be up against Amazon's new 7in Kindle Fire HD and Google's Nexus 7 which both cost £159.