What lotto winners spend cash on 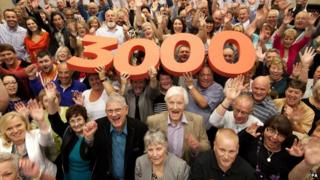 A new survey reveals what people who win the lottery spend their cash on.

There have been 3,000 people in the UK who have become lottery millionaires since it launched in 1994.

Making a cup of tea, going on holiday and getting a jacuzzi are just some of the things winners listed as things they did after winning.

Most people give up work and buy a new house and a new car but they most also share the money with their family.

20% chose to carry on working even though they could afford to give up.

70% don't hire a cleaner but carry on doing their own tidying.