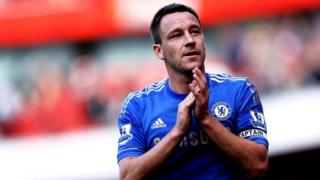 Chelsea captain John Terry has decided not to appeal against his four-match ban for racially abusing QPR's Anton Ferdinand.

An independent FA panel decided Terry was guilty of the abuse during a match last October, although he was cleared by a criminal court.

He will now miss Chelsea's next four UK games - against Tottenham, Manchester United (in the Premier League and League Cup) and Swansea.

Terry said: "I want to take this opportunity to apologise to everyone for the language I used in the game."