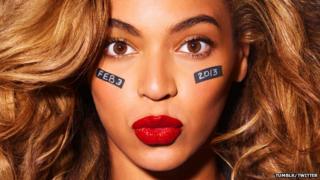 Super star Beyonce has confirmed she'll be singing at next year's Super Bowl.

The Super Bowl is the one of the top sporting events in the world and is the final of the two top teams in the American National Football League.

The half-time act is the most watched musical act in the US, last year a whopping 112.5 million people tuned in.

In the past mega stars like Madonna and rock legends, The Rolling Stones, have performed.