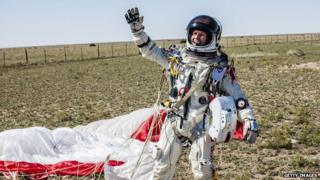 He just broke the speed of sound by jumping from the edge of space - but that wasn't the first time Felix Baumgartner has amazed the world!

In fact, his 24 mile sky dive was just the latest in a line of incredible daredevil stunts...so NR have had a look back at his five best.

And through our research we can officially tell you - Felix loves being the first to do things, and he loves parachuting off tall buildings! 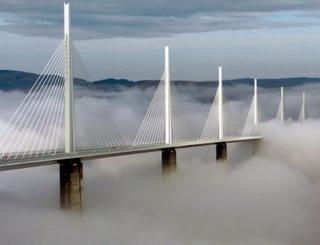 The tallest bridge in the world looks incredible as it reaches across a valley in France. Just imagine how amazing it looked when Felix parachuted off one of the masts that make up the bridge...that's 343m up! 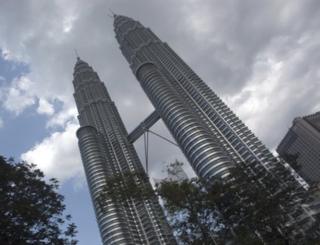 Felix has twice broken the record for the highest base jump ever. The first time was from the giant building in Kuala Lumpur. A base jump is when you parachute from an object that's on the ground rather than a plane or helicopter - and this one measures in at about 450 metres. 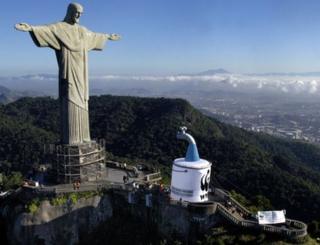 Get this guys - Felix parachuted off a statue! Ok, it's a pretty big statue, but it's impressive all the same. Christ the Redeemer stands on a hill looking over Rio De Janeiro in Brazil, and back in 2003 the Austrian base jumped off it. 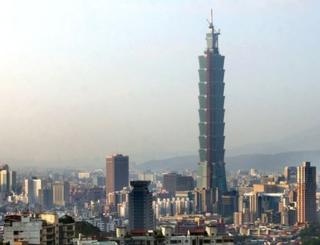 Not happy with his first base jump record - Felix broke it again in 2007. Taipei was the tallest building in the world when Felix parachuted off the top the 500 metre tower! Although that's nothing compared to his latest effort - it's still mega-impressive!