1 in 4 have traces of poo on their hands 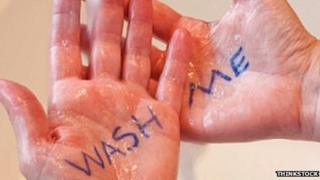 A study has found that 26% of people have traces of poo on their hands because they are not washing them properly.

Scientists have found that in the UK only 32% of men and 64% of women actually wash their hands after going to the toilet.

In some cases the amount of germs is the same as in a dirty toilet.

It's important to wash them after going to the toilet and before eating to stop diseases spreading. 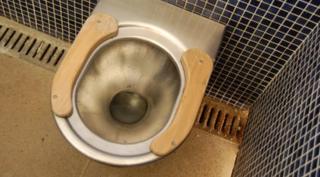 Some people have hands as dirty as a toilet.

Although they might look clean everyone has bacteria on their hands and some of them are dangerous and can give you an upset stomach. 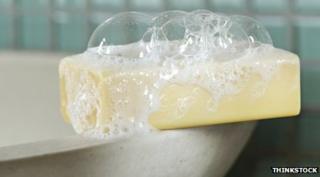 Thinkstock
Experts say it's important to use soap when you wash your hands.

And even though they might wash their hands experts say some people aren't doing it properly or for long enough. They say it should take you the same length of time as singing Happy Birthday twice.

Guide to washing your hands