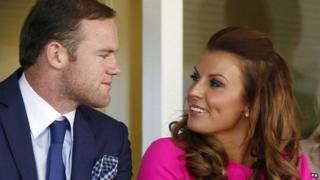 Wayne Rooney and his wife Coleen are expecting their second child.

Coleen revealed the news on Twitter on Wednesday night: "A few people guessed, so news is out ha!! Me, Wayne and Kai are thrilled that we are expecting a new addition to our family around May time x."

She added: "It's still only early but bursting with excitement!"

The couple already have a son, Kai, who's three years old next month.

The Manchester United and England striker has previously called becoming a father the "proudest moment of my life".