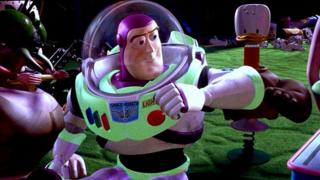 Toy Story is back. But not as we know it. Disney Pixar are working on a spooky Halloween special that will hit our TV screens next year.

In Toy Story Of Terror, Woody, Buzz Lightyear and the gang head off on a road trip.

When they stop off at a roadside motel one of the toys disappears and the others find themselves caught up in a mystery that must be solved.

Toy Story of Terror will be the first time the computer animated toy stars have appeared in a TV show.