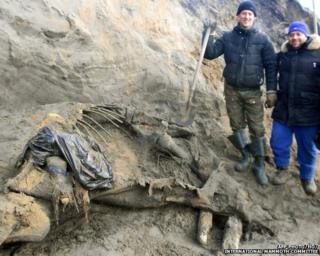 The remains of a woolly mammoth have been found by an 11-year-old boy in a remote part of northern Russia.

He was walking along a river near his home when he smelt something unpleasant and spotted the mammoth's heels sticking out of the ground.

It's believed the male mammoth died around 30,000 years ago in the Taymyr Peninsula, Siberia, near the Arctic.

The animal had been frozen and so was well preserved. Experts say you could still see his tusk, an eye and one ear. 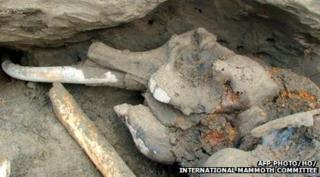 Scientists have called it the best mammoth discovery in more than 100 years.

It took them five days to dig out the mammoth, which has now been taken to a nearby city.